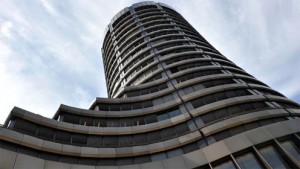 Banking regulators are preparing to relax the new rules requiring banks to hold more liquid assets to be prepared for a new funding crisis, writes the Financial Times.

The decision comes after complaints from banks that the new Basel III standards regarding liquidity would make them dramatically restrict the lending to individual customers and companies.

Although the new regulations regarding liquidity will not enter into force until 2015, banks are already facing difficulties to raise enough cash and government bonds to meet the new requirements, according to analysts.

A new report by JPMorgan estimates that 28 European banks showed a liquidity deficit of 493 billion euro billion at the end of last year.

Only seven of the 28 banks tested comply with the  new standards, French banks being among the least prepared. In fact, JPMorgan analysts concluded that the requirements of liquidity for the banks must hold sufficient assets, easily sold to meet a 30-day-long funding crisis, will affect most sectors, and will cost about 12% of the average European banks earnings of 2012.

A growing number of members of the Basel Committee want now to “soften” the key technical definitions in the report. Following the amendments, the proportion of liquidity that banks are forced to hold will decrease, and they will be able to include more corporate and guaranteed bonds as liquidity.

The most important provision of the new set of regulations refers to capital that banks are compelled to put aside.

According to Basel III, starting in 2019, players in the banking system will be required to a have basic capital of at least 7% of total weighted assets risk, a substantial increase from the current 2% target.