Home
U.S.
Western Nevada Has 6.4 Magnitude Earthquake That Is Felt from Utah to California 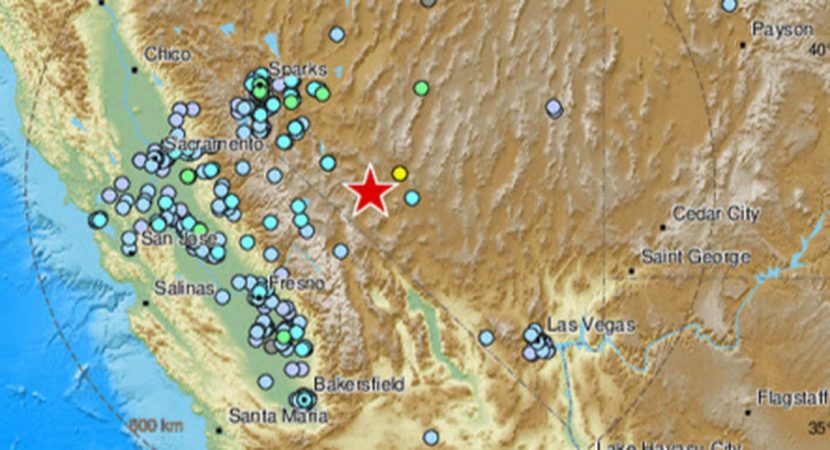 It seems as if we are dealing with one issue after another these days, and now there has been an earthquake in Western Nevada that we can add to the mix. According to The US Geological Survey (USGS), the quake had a preliminary magnitude of 6.4, so it was significant at the epicenter. People felt the quake from Salt Lake City, Utah all the way west to California’s Central Valley. Reports are still coming in from those who felt the earthquake that occurred around 4 AM.

A geophysicist with the USGS, Randy Baldwin, reported to NBC News saying that it was a “pretty good-sized quake.” He went on to say, “It’s hard to say whether there will be any damage.”

He did say that it was within a remote area, but he also called it an “active area”. He continued: “There are faults crisscrossing this entire area.”

Map of felt reports received so far following the #earthquake M6.4 in Nevada 40 min ago pic.twitter.com/mXufh1UcTI

One resident of Fresno, California, Lance Cardoza said he was 12 floors up at the time of the quake and felt it. A video was posted online of his chandelier swinging from the shaking.

One resident in Sparks, Nevada, uploaded a video of pots and pans that were swaying when the quake occurred.

It will be interesting to see where this story goes from here.