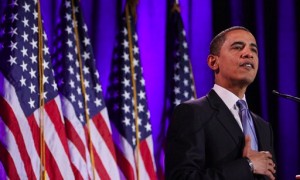 Brazilian social movements and trade unions declared on Monday that President Barack Obama is “persona non grata” in Brazil, a few days before his official visit to this South American country.

“Brazilian social movements consider Barack Obama ‘persona non grata’ and are against his presence in our country,” warned a statement signed by several social organizations and unions, the oil field workers and landless peasants movement among them.

These movements call for demonstrations against President Obama, who will visit Brasilia on Saturday, where he will meet with President Dilma Rousseff and Sunday will go to Rio de Janeiro.

On that day, he will deliver a public speech on Cinelandia Square downtown Rio, announced Monday the U.S. embassy and the City of Rio.

“Obama is a ‘persona non grata’ in Brazil because, as Latin Americans, we know that United States policy towards Latin America has not changed in any way” after the term of his predecessor, George W. Bush, was over, reads the communiqué.

“We do not accept the blockade (U.S. embargo) against Cuba, and challenges against Venezuela, Nicaragua, Bolivia and Ecuador,” the text continues.

Obama is accused by social organizations that he maintains a policy of “bellicose assault occupation of countries and peoples in the name of fighting terrorism”.

“The United States never gave up trying to dominate our country”, they stated.

“We want to organize a demonstration against Obama’s visit, which will take place during a general meeting on Thursday in Rio, said the secretary general of the oil workers’ union in Rio, Emanuel Cancel.