Home
Business
Amazon: if you are denied promotion, the next chance comes in 12 months 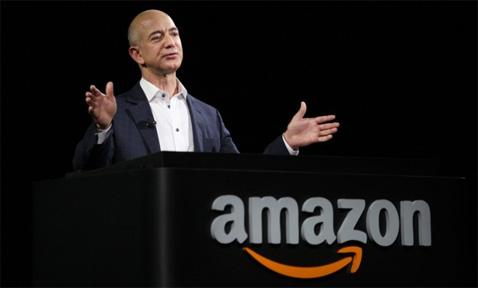 Online retailer Amazon is one of the most difficult companies to get a promotion at. Opportunities for advancement and salary increases are granted at Amazon only after the head of department debates with other managers in the company if an employee deserves to be rewarded with a promotion or not.

If the boss manages to convince other managers during two debates, then the employee will get a promotion that he or she targeted, otherwise they will have to wait 12 months for another chance.

During the first meeting of the year, usually held in February or March, the manager talks about employees who have done well, and those who did not perform well. This meeting is usually an introduction to the second meeting. At the second meeting, held in September or October, the leaders complete lists of employees who will receive a promotion.

The promotion system, called OLR – short for ‘organizational and leadership review’ was created by Amazon founder Jeff Bezos  and is intended to reduce the infighting and ‘political’ disputes, but according to Bloomberg, has the opposite effect.

As a result of implementing the OLR, ambitious workers spend months going for a coffee their managers, to be sure they have made ​​a good impression and will be proposed for a promotion meeting.

Promotions are limited to Amazon, so if a department head or manager wants a particular employee to be promoted, it means that someone else loses the same promotion.

Steve Bezos wants Amazon managers to raise the performance bar for the employees and only exceptional people should advance in the company.

“OLRs give us the opportunity to identify our future leaders and prepare them for their next challenging role. Our Least Effective 10% of employees will be targeted for appropriate action to keep Amazon’s performance bar high,” reads company’s internal system of promoting its employees.