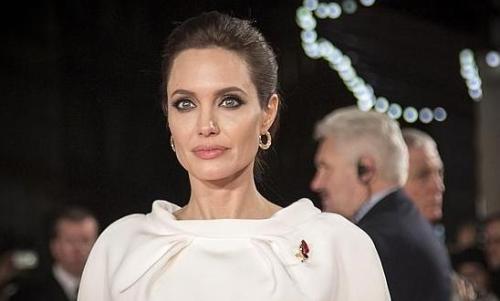 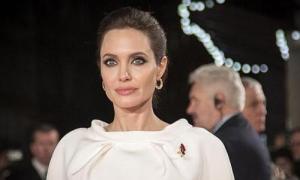 Angelina Jolie finally speaks up on the recent rumors that she is planning to join politics in the future. Late last month, the 39-year old Hollywood actress-director was interviewed by ITV News in Britain and she said: “If I felt I could really make a difference” when asked about politics.

Apparently, the rumors sparked further comments when she was recently featured on the cover of Vanity Fair magazine’s December 2014 issue. During the interview, she talked about her latest directorial movie, ‘Unbroken,’ a story about Louis Zamperini, an Olympian who became a World War II hero.

“When you work as a humanitarian, you are conscious that politics have to be considered. Because if you really want to make an extreme change, then you have a responsibility.” Jolie told Vanity Fair, noting that she is “open” to entering politics.

“I honestly don’t know in what role I would be more useful — I am conscious of what I do for a living, and that [could] make it less possible, ”the ‘Maleficent’ actress added, who is also now preparing to star and direct ‘By the Sea,’ a reunion movie with her husband, Brad Pitt.

In an interview with NBC News’  Tom Brokaw this Tuesday night, Angelina Jolie talked about the ‘Unbroken,’ and was asked about the politics rumors. Here, she didn’t deny her earlier statements. However, she cleared that she is not really thinking about it right now.

“It’s not something I’m actively seeking at this moment. It still would be hard for me to imagine, however, if I found that I could be useful, I would consider it.” Jolie told Brokaw. Nevertheless, the actress discussed more about ‘Unbroken,’ which is set for release in the US on December 25, 2014, Christmas Day.

Besides being Hollywood’s highest-paid actress in 2009, 2011 and 2013 according to Forbes, Angelina Jolie is also a humanitarian. In 2001, she was named UNHCR Goodwill Ambassador for her efforts, donations and field missions in different parts of the world, meeting with refugees and internally displaced persons.

For her wide efforts and contributions, Jolie has already received numerous honors and recognitions. Her latest was last October, when Queen Elizabeth II presented her a token of honorary damehood for her campaign against sexual violence in war zones.