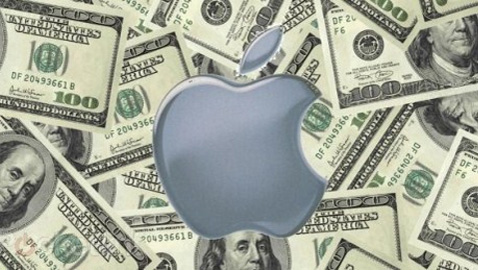 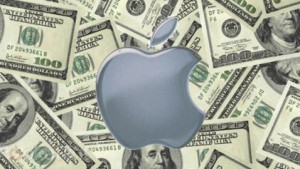 Apple (NASDAQ:AAPL), the company that changed the mobile phones while being a catalyst for today’s technological revolution that radically transformed our lives has entered the Guinness Book of negative records with the biggest market capitalization loss in a period of six months, which resulted in losing the title of most valuable company in the world.

Thanks to the genius of Steve Jobs, Apple has managed to become the most valuable company in the world in august 2011 ($337 billion), surpassing the legendary Exxon Mobil. As no one would have believed, Apple continued its triumphant march and set an absolute world record in terms of market capitalization with $660 billion in September 2012. Such an increase of over $320 billion in about a year was never before recorded in the financial world.

But amid several major mistakes and a fierce competition, the company recorded the biggest bounce back in history, losing over $265 billion in less than six months. Basically, from the peak of Sept. 19, $705/share, Apple has lost 40% of its value until today, to $420 a share, the minimum of the last 13 months. At this level, the company’s capitalization reached $394.5 billion, the lowest since Jan. 13, 2012.

Once dropping below $400 billion, Apple has lost the title of most valuable company in the world. The crown is held again by the oil giant Exxon Mobil, which closed today with a market value of $400.5 billion. Apple has lost before this title in late January 2013, to Exxon Mobil, but back then it was a temporary capitalization change during a trading session, not at the end of session.

What probably was costing Apple dearly was the navigation service, which the company wanted to develop internally, replacing Google maps, more powerful and popular. Steve Jobs’ personal battle against the Android system, also developed by Google also contributed to the negative perception of the company.

For comparison, while Apple fell by 40%, rival Google reached a historic high of $820 per share, with a market capitalization of $270 billion. Basically, Apple lost from its capitalization peak in September almost the entire market value of Google. In addition, last month, financial experts from Goldman Sachs have said that Apple is not one of the preferences of largest fund managers; first place was taken by AIG, the bankrupt company bailed out by the government.

It remains to be seen whether Apple will be able to turn this incredible decline occurred amid record results, but insufficient for the market expectations. It all depends on the success of the new Apple products expected to be launched later this year.