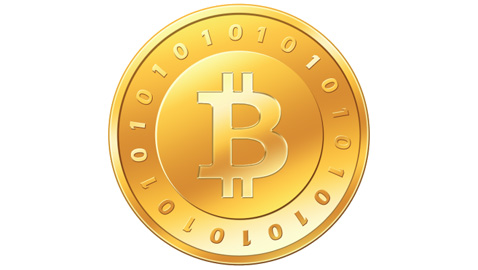 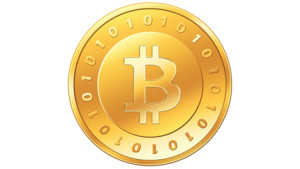 Unlike other currencies – such as the new Amazon coins – Bitcoin value is not determined by any issuing central authority (Central Bank). Instead, the new coins are generated based on a predetermined formula by thousands of computers that solve complex mathematical problems. As the number of coins increases, the problems become more complex, increasing the cost of their required processing power for their generation and setting the price level.

Same as the gold, the Bitcoin is set to be deflationary. However, there are a number of reasons indicating that its surge is short lived. As shown in the chart below, the online interest  for Bitcoin peaked in recent months. Even though a growing number of legitimate businesses adopted the digital coin – a Finnish software developer offered to pay employees in Bitcoin – it still has a relatively small number of users.

Its main commercial purpose is most likely the purchase of drugs on the Silk Road, a kind of a pirate eBay hidden in the depths of the Internet, say journalists from The Economist. This suggests that new users buy Bitcoin as an investment, not as an investment. For a currency to flourish, it needs consumers, not only by speculators.

Without government restrictions, Bitcoin can be used to purchase anything from blogging services to muffins. Theoretically, millions of dollars are kept in this currency and its use in the digital and online gaming is booming.

Bitcoin is a digital currency created in 2009 by Satoshi Nakamoto which is based on the confidence in a central bank. Basically, Bitcoin allows anonymous ownership and transfers of value. 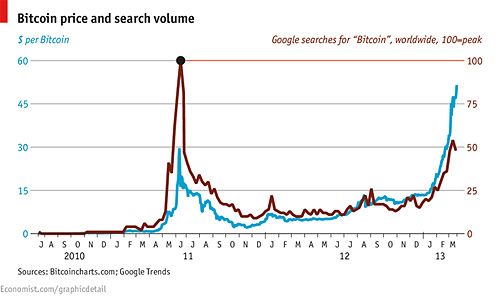