Home
Featured News
Bitcoin will die, but a better digital currency will emerge 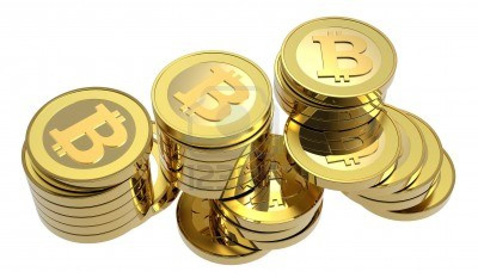 Bitcoin gets a lot of attention lately, but eventually someone will build a better virtual currency, says Ian Bremmer, CEO of Eurasia Group, the largest risk consulting company in the world.

“I would be very surprised if Bitcoin is stll around in 10 years,” says Bremmer. He expects big players to enter this area and improve the weaknesses of Bitcoin.

Bitcoin is a virtual currency created by an anonymous hacker only four years ago. Investors who bought the currency as an alternative to traditional government-backed currencies have been in a mad race this year. Bitcoins were traded at a maximum of $226 dollars, from $20 for a Bitcoin at the beginning of the year. After it sank $60 in late April, the price of a Bitcoin is now around $120.

Investors have turned to Bitcoin for two reasons. During the banking crisis in Cyprus, in March, people with deposits were almost forced to accept massive losses and have struggled to gain access to their accounts. The banking drama in Cyprus raised concerns about banks around the world, making investors think that the virtual currency could be more secure.

Moreover, investors are becoming increasingly worried about what it could mean for the safety of traditional currency a central bank intervention. Three years after the unprecedented intervention of the Federal Reserve (Fed) on the financial markets, the Bank of Japan has come with its own bond program which is almost three times higher than that of Fed. As a result, the yen depreciated dramatically.

But Bitcoin fell victim to another type of intervention – from hackers. Currency itself is almost impossible to access by hackers, but digital wallets that store Bitcoins could be broken into. One of the largest Bitcoin exchange houses in the world, Bitfloor, was closed in April after being attacked by hackers.

“Bitcoin has lost a lot of credibility from the hacking and all this volatility,” says Bremmer. He believes that in the coming years, there will be a series of virtual currencies. Currencies backed by companies will be some of them, he says. Think of the points that passengers of airlines earn due to frequent flights.

“People can buy things with Amex points. That’s a real kind of currency that’s created by American Express to allow them to have a greater piece of consumption that they otherwise wouldn’t get,” added Bremmer.

Amazon launched its own currency, called Coins Monday, allowing Amazon customers to buy apps or games from Kindle or Amazon Appstore. Facebook has created Facebook Credits as a means of pay.

However, paper money and coins are not going anywhere yet, says Bremmer. “Don’t underestimate the importance of cash. Cash facilitates corruption, and there are many governments out there that want to be able to avoid paper trails on every transaction they engage in,” concludes the head of Eurasia Group.