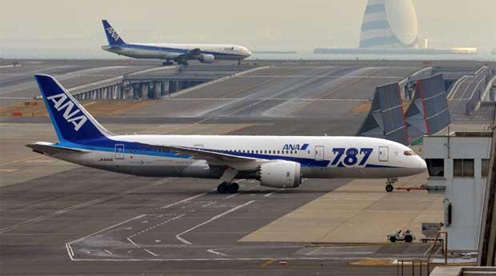 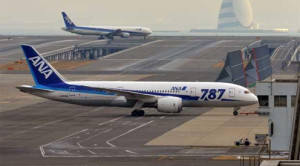 Boeing (NYSE:BA) could lose in the worst case scenario revenue of up to $5 billion due to problems in January when the entire fleet of 787 Dreamliner aircraft in operation worldwide were grounded, analysts at Jefferies & Co. expected. Chances that the aircraft manufacturer may need to revise the expected revenue by $5 billion are however only 4%, said Howard Rubel, analyst at Jefferies, quoted by Bloomberg.

Costs are likely to be much lower, around a few hundred million dollars, said investors and analysts, including those at Jefferies. Boeing will report financial results on Wednesday. Investment of the group for the 787 Dreamliner is estimated at $25 billion, said Rubel.

U.S. aviation authorities are still trying to determine the cause of a lithium-ion battery fire on a Boeing 787 aircraft of Japan Airlines, as well as defects that caused the emergency landing of another Boeing 787 aircraft, belonging to All Nippon Airways. The 787 Dreamliner model was launched 2011 and so far 50 aircraft have been delivered.

The grounding of all Boeing 787 Dreamliner aircraft will probably cost Boeing $550 million, according to Jefferies. Costs incurred by Boeing varies from about $125 million to compensate air operators for renting other aircraft, to the $5 billion loss of income. However, Doug Harned, an analyst at Sanford C. Bernstein & Co. in New York, estimated that the total costs for Boeing due to 787 Dreamliner issues will be under $350 million.

Analysts consulted by Bloomberg estimated sales revenue of $81.7 billion for Boeing last year, while for this year it is expected to advance to $87.9 billion.

Chaz Bickers, a spokesman for Boeing said: “We are working this issue tirelessly. At the same time, we are keeping our other teams keenly focused on their own program performance and customer commitments.”

Boeing shares were down today 1% at the beginning of the NYSE trading session, around $75.50.