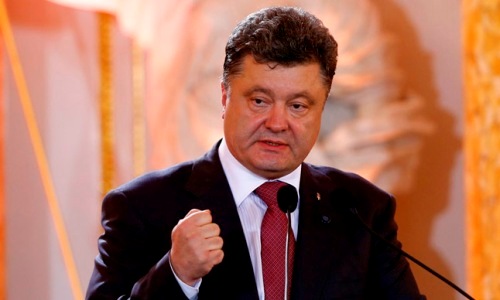 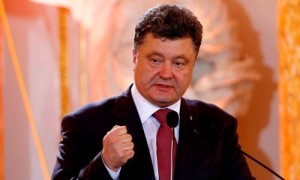 The European Union (EU) is set to issue new sanctions against Russia, as violence in the southeastern part of Ukraine continues to escalate. The 28-European member politico-economic union will have a meeting on Saturday in Brussels with a separate agenda. However, it is expected that the focus will be on the current situation in Ukraine.

President Poroshenko recently accused Russia of launching a full-scale invasion, after cancelling his scheduled trip to Turkey. According to Poroshenko, there has been an intervention of Russian military troops into the Ukrainian soil. The Ukrainian leader immediately asked for a meeting with the European Council to make an assessment of the ongoing crisis in the country.

On Friday, a meeting of the NATO-Ukraine commission was held. Afterward, NATO Secretary General Anders Fogh Rasmussen criticized Russia of intervening the conflict in Ukraine by continue sending its forces to support the separatists. The day before, NATO released satellite images revealing some Russian tanks and heavily-armed personnel moving around in eastern Ukraine.

According to the latest data released by the United Nation (UN), at least 2,593 people have been killed due to the ongoing conflict between the Ukrainian military forces and the pro-Moscow separatists in the Donetsk and Luhansk regions. In the Donetsk region alone, there are now 951 civilian casualties. Some of them were reportedly buried without proper records, especially in the Luhansk region.

Meanwhile, the Kremlin continues to deny supporting the separatists. Russian President Vladimir Putin attended a youth forum on Friday, where he said Russia is “is far from getting involved into any large-scale conflict. We do not want and do not intend to do this.” The Russian leader insisted that he is telling the truth, noting that the building of nuclear and military arsenal is only to protect the country.

“We must always be ready to repel any aggression against Russia and our partners should always be aware that no matter in which condition their governments may be or which foreign policy concepts they may pursue, it is better not to come against Russia as regards a possible armed conflict,” Putin added.