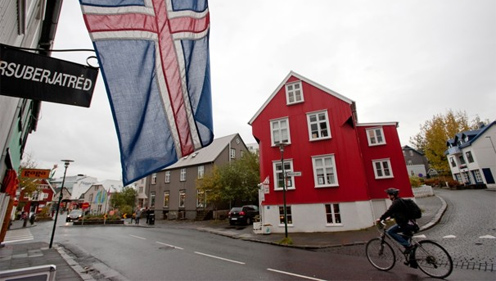 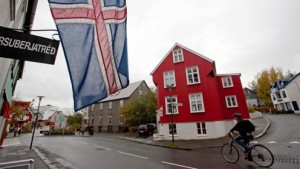 Iceland is one of the countries that were hit by the crisis in the harshest way. The tiny country collapsed after banks ran out of money in early 2008. Iceland has treated the crisis in a different compared to other affected countries – it let the banks go bankrupt. Now Iceland has announced its ability to repay debt to the IMF in advance.

“In March, Treasury and central bank will pay in advance 116 billion Icelandic crowns (approximately $909 million) to the IMF. That represents a fifth of the value of the loan contracted by Iceland from IMF and the Nordic countries”, authorities in Reykjavik have recently announced. Unlike other European countries facing big financial issued due to the economic crisis, Iceland has dared to allow banks to go bankrupt, and indicted bankers and heads of state whose actions have amplified the crisis and cut 13% country’s debt.

Prepayment of debt to the IMF indicate that these actions have worked to fight the crisis. And while the IMF still has reservations regarding the economic recovery of Iceland, Reykjavik authorities forecast a GDP growth this year of up to 3%.

In 2008, Iceland banks became insolvent because they had a debt 6 times the GDP of the country, and when financial markets have frozen loans, they failed to pay back their loans. Consequently, banks became insolvent, being indebted more than 85 billion dollars. And the state has not funded the banks of taxpayers taxes, but let them go bankrupt. State transferred, at the same time, loans and deposits of population to new banks, but did not transfer the foreign assets and liabilities.

Meanwhile, after two referendums, the population banned the government to pay debts to foreign creditors that lost money in Icelandic banks collapse. Consequently, Britain and the Netherlands started a lawsuit against Iceland for payment of $6 billion, money that citizens of both countries had in Icelandic banks (convinced of high interest paid by the banks), money which the state has not guaranteed. Despite this, the first country that has seen the global economic crisis is expecting a spectacular economic recovery. For 2012, authorities in Reykjavík is expecting a growth of 3% and a budget surplus in 2013.

Therefore, entering the country into bankruptcy was not catastrophic. Iceland’s economic indicators are far better than those of countries that have received rescue packages from the IMF and EU. Country’s GDP shrank in the last four years, an average of just 0.75% per year. Unemployment was also a problem that the authorities in Reykjavik have solved. In Iceland, the unemployment rate is 5.8%, while Ireland has 14%, Greece 15% and Portugal a 12% unemployment rate.