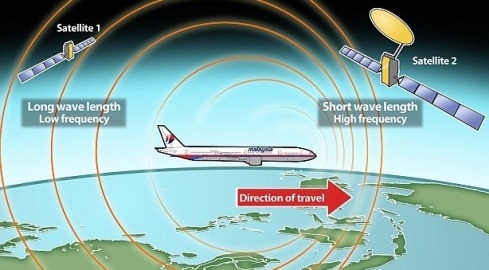 Inmarsat, the British firm whose satellites have helped a lot in tracking the final route of missing Malaysian Airlines flight MH370, will be offering a free global tracking service to passenger planes. The offer comes more than two months after the said flight went missing and was believed to have crashed in southern Indian Ocean. The plane has not yet been found, along with its 239 passengers; most of them were Chinese.

“In the wake of the loss of MH370, we believe this is simply the right thing to do. Because of the universal nature of existing Inmarsat aviation services, our proposals can be implemented right away on all ocean-going commercial aircraft using equipment that is already installed,” Inmarsat CEO Rupert Pearce said on the company press release, released this Monday.

“Furthermore, our leading aviation safety partners are fully supportive of expanded use of the ADS-C Service through the Inmarsat network. This offer responsibly, quickly and at little or no cost to the industry, addresses in part the problem brought to light by the recent tragic events around MH370,” Pearce added, confirming that the offer has already been made to the International Civil Aviation Organization (ICAO) and International Air Transport Association (IATA).

The free global airline tracking service is offered to all 11,000 commercial passenger planes, all of which have already an Inmarsat satellite connection. The announcement was made one day ahead of the company’s meeting with ICAO in Montreal, where new airline safety measures are expected to be discussed. Analysts say said that the cost of the proposed service is around $3 million annually. But because Inmarsat will shoulder the expenses, it could attract airline companies to avail their premium services.

Inmarsat, which started in 1979 pioneering mobile satellite communications, is also offering an enhanced position facility that aims to report the position of an airplane in a more precise manner. This will allow airplanes to fly closer together with less danger, resulting to more aircraft to fit in a crowded airspace. In addition, the company is offering a “black box in the cloud” service, wherein real-time flight data will be stored remotely, and will immediately be triggered once an unapproved course deviation occurs. This will help investigators and searchers to easily locate a missing aircraft.