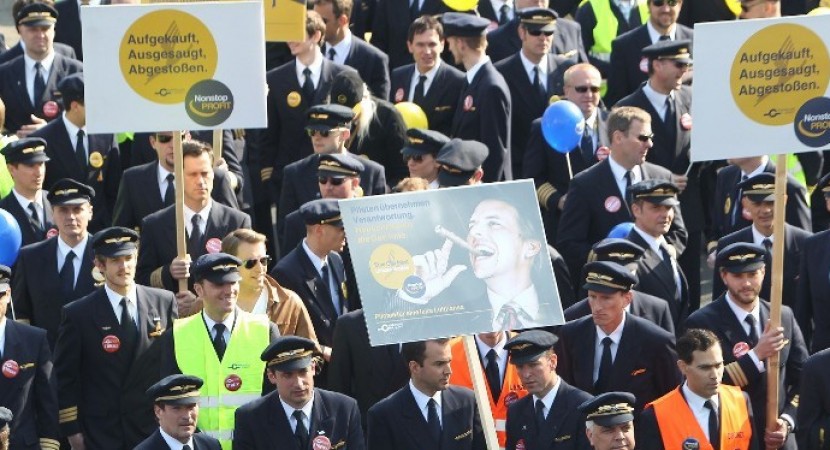 German Lufthansa airline is facing the risk of further strikes, following the collapsing of negotiations with pilots on plans to reduce costs and retirement benefits, according to the DPA website.

The pilots’ union, Vereinigung Cockpit (VC) warned Wednesday that it examines new options after announcing that Lufthansa has rejected the offer of increasing the average age of retirement and lowering the costs – which they presented to end an older conflict.

Vereinigung Cockpit, which represents approximately 5,400 Lufthansa pilots, pointed out that the group has tightened its stance on the outsourcing of jobs.

“It is obvious that the management is not attempting to find a common solutions,” said Markus Wahl, a union spokesman.

Carsten Spohr, Chairman and CEO of Lufthansa, said: “If strikes are the price to pay to make Lufthansa fit for the future, then we must pay it,” admitting that the company is facing the toughest protests in its history.

“We have not yet reached the same conclusion as to how Lufthansa must be structured in order to deal with the rivals who are knocking on our door and threatening to bring a new wave of low-cost flights to Germany and Austria,” Spohr added.

Lufthansa, and airline based in Cologne, is facing tough competition from both low cost European airlines, and some companies in Middle East.

Lufthansa pilots went on strike 12 times since April 2014 until today, protesting measures to cut costs. These strikes have caused losses of over 300 million Euros to the German company.