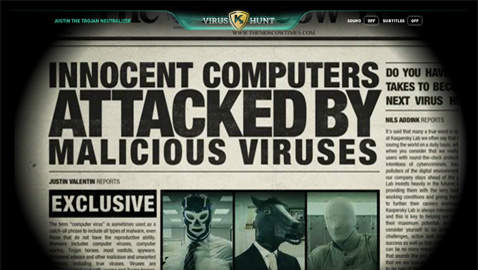 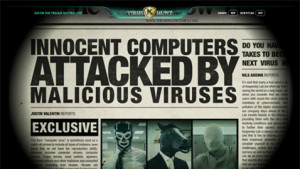 Kaspersky Lab experts found active infections on a number of PCs by analyzing data collected by Kaspersky Security Scan, a tool that scans computers to verify the presence of malicious files. Malware were detected even on computers protected by IT security solutions from known providers.

Data analyzed from the beginning of 2013 was offered anonymously by users who installed Kaspersky Security Scan on their computers. The analysis showed that although antivirus programs were installed on a part of the infected computers, they were not able to provide full protection. Kaspersky Lab experts have developed a series of additional checks and carefully analyzed data collected. For example, computers with obsolete security solutions, which could not guarantee a complete system security, were excluded from the survey. Cases where harmful files have been put into quarantine by the security product were also excluded, Kaspersky Security Scan considering that, in these cases, they are no longer a threat. It included only computers on which harmful files were detected in folders critical to the operating system such as Windows, Program Files, Documents and Settings.

Total number of malware files undetected by security software varied. This may be an issue for 4 to 5.5% of users, depending on the provider of the security solutions. The number of infections on computers that had antivirus products installed also varied depending on the country. The lowest percentage (less than 3%) was in Germany, Austria and Switzerland. A little over 3 percent was recorded in Scandinavia and the Czech Republic. The highest rate of infection recorded on computers that had updated antivirus solutions (over 10%) was found in Russia, Ukraine, Belarus, Kazakhstan, Turkey, Indonesia, Thailand, Philippines, Vietnam, India and Egypt.

Kaspersky Lab has decided not to disclose the names of products or suppliers, or the number of computers affected, since such information may adversely affect the reputation of other security solution providers. This study had constructive purposes, and after the analysis was completed, Kaspersky Lab announced the companies concerned and gave them information about detected threats.

This website uses cookies to improve your experience while you navigate through the website. Out of these, the cookies that are categorized as necessary are stored on your browser as they are essential for the working of basic functionalities of the website. We also use third-party cookies that help us analyze and understand how you use this website. These cookies will be stored in your browser only with your consent. You also have the option to opt-out of these cookies. But opting out of some of these cookies may affect your browsing experience.
Necessary Always Enabled

Any cookies that may not be particularly necessary for the website to function and is used specifically to collect user personal data via analytics, ads, other embedded contents are termed as non-necessary cookies. It is mandatory to procure user consent prior to running these cookies on your website.