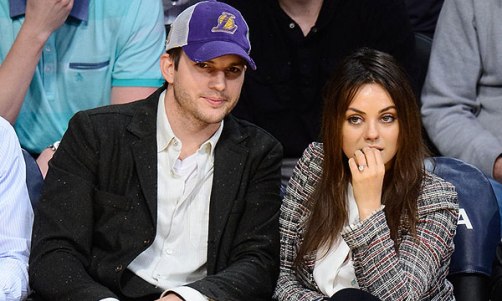 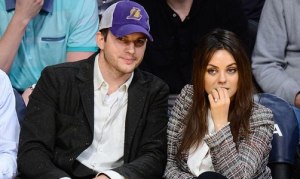 Mila Kunis gave birth to baby girl this Tuesday, September 30, while Ashton Kutcher welcomed their daughter, TMZ reported. Sources of the site say the couple arrived at Cedars-Sinai Medical Center in Los Angeles at around 6:00 am that day, without any companion, family member, or entourage.

As of posting, there are still no additional details about the baby. Nevertheless, TMZ said the 31-year old actress gave birth just right on schedule. The proud parent couple or their reps have not yet released any official statement about the issue, not even the name of their first baby.

But back in July, there were rumors that Mila and Ashton both love the name ‘Finn’, if their baby was a girl. Their fans believed that the name could have gotten from the maiden name of Ashton’s mother, (Diane) Finnegan.

The new-parent celebrity couple was last seen last Saturday in Hollywood while taking their dogs to a park. That time, Mila was wearing tight, ripped jeans and a green sweatshirt over her bump. Ashton’s last tweet about the baby was mid last month – “Nervous is excited’s victim sister.”

In the July 2014 issue of Marie Claire magazine where the ‘Black Swan’ star was interviewed, she said, “Two people are allowed in my delivery room. My doctor and my significant other. “And he [Kutcher] is staying above the action.”

Mila Kunis and Ashton Kutcher first became friends when they were working together in the American TV show, ‘That ’70s Show,’ which ran from 1998 to 2006. That time, Mila was only 15 years old, while Ashton was 19.

Their romantic relationship went into rumors in April 2012, around five months after Kutcher and Demi Moore decided to end their six-year old marriage. In January 2011, Kunis’ rep confirmed that the actress has broken up with former child star Macaulay Culkin. The couple began dating in May 2002.

In February 2014, Mila and Ashton became engaged. Although they did not announce it publicly, the actress was later seen wearing a diamond engagement ring. The following month, reports reveal that Mila was pregnant.