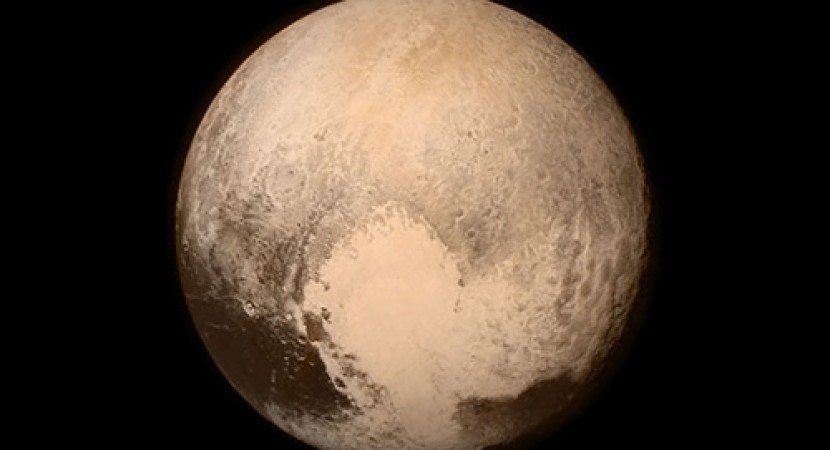 The new horizons spacecraft, which recently completed a flyby of the planet Pluto, continues to show remarkable images. Most recently, a secondary mountain range has been identified in Pluto’s heart, a heart shaped area on the planet now known as “Tombaugh Regio”.

When images were first released from the flyby last week, a close-up image of the heart-shaped area, located near Pluto’s equator, showed remarkable mountain ranges. Some of those mountains are up to an elevation of 11,000 feet.

A secondary range of mountains, similar in height to the Appellation Mountains, are seen within the same area. These mountains range in height from approximately 2,500 feet to 5,000 feet in height.

There were also additional images released from Pluto’s moons, Hydra and Nix. This included the first of the enhanced color images of Nix, which helps to reveal some of the features on that icy moon. One of those features is an area approximately 22 miles wide by 26 miles long. In the enhanced images, this area appeared as a deeper red color but it is not yet fully understood why.

Images will continue to be released from the Pluto flyby as the data is downloaded. This includes images from the icy planet itself, as well as its two moons.

Additional information will be forthcoming from NASA, as they will be holding a science update on Thursday, July 24. During that update, they will discuss results from the latest images and will be releasing new images from the flyby, which took place on July 14.