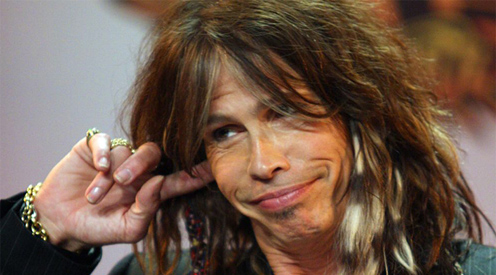 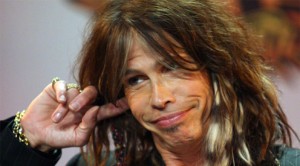 Steven Tyler, the Aerosmith frontman is convinced that he suffers from attention deficit hyperactivity disorder (ADHD). The American singer, who admitted to being obsessed with the idea of working and being in control, fears that his irrational behavior may hide a more serious disease. In a television interview for the “60 Minutes” show, Steven Tyler said that he often writes poetry while he is at the wheel. “You know, I am the embodiment of ADHD (attention deficit hyperactivity disorder)”, the musician added.

Asked if the condition of suffering is more like obsessive compulsive disorder (OCD), Tyler said: “I’m not sure about it. But I certainly have ADHD”. Attention deficit hyperactivity disorder (ADHD) is a disease with causes that are not fully understood and may have partly genetic origins. This syndrome is manifested by the child’s agitation, impulsivity, attention and concentration difficulties, causing lack of performance at school and usually it affects more boys than girls. Symptoms appear in the first year of life. Specialists suspected various causes: too permissive attitude of parents, food rich in carbohydrates, biochemical disorders that affect neurotransmitters.

A person suffering from obsessive compulsive disorder (OCD) remains locked in a mental model of repetitive thoughts and behaviors that are senseless and distressing, and difficult to overcome. If the disease is sufficiently severe, it can destroy a person’s ability to function normally at home, at school or work. Currently, Steven Tyler is part of the jury of the popular television show “American Idol” produced and broadcast by Fox TV.

Rock band Aerosmith was founded in 1970, in New Hampshire. Band’s music includes elements of pop, heavy metal, glam, R & B and rock and it inspired many other artists. Aerosmith is the American hard rock band with the highest sales – 150 million albums worldwide. The band was rewarded with four Grammy Awards and ten MTV Video Music Awards and was included in the Rock and Roll Hall of Fame in 2001, while in 2005 it was ranked number 57 in top 100 of greatest artists of all time conducted by Rolling Stone magazine. The list of the most famous songs of the successful American group includes “Walk This Way”, “Cryin”, “Janie’s Got A Gun”, “Dude (Looks Like A Lady)”, “Dream On” and “I Don’t Want to Miss A Thing “.