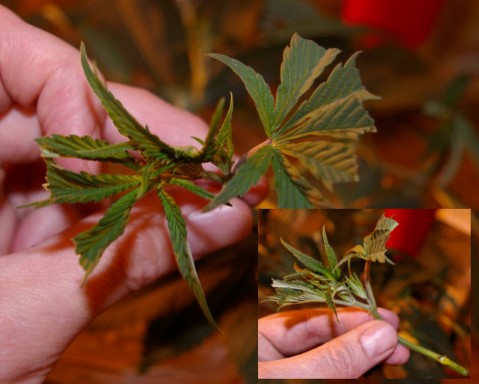 After eating a cookie infused with marijuana, Levy Thamba, a 19-year-old Colorado teen, leapt to his death off of a fourth floor balcony. This death occurred in March and since that time, public health officials have been trying to figure out why it took place. New information has been released that shows a timeline of what occurred.

The timeline that is compiled begins with the purchase of the marijuana cookie and ends with the death of Thamba. Information has been compiled from various sources, including information from a friend and the sales clerk that sold the cookie. This report has been compiled by the Centers for Disease Control and Prevention.

The cookie was purchased by a 23-year-old friend of Thamba. There was a label on the cookie that made the clear statement “This marijuana product is not tested for contaminants or potency.” There were also ingredients listed on the packaging, which included, 65 mg THC/6.5 servings.” THC is an acronym standing for tetrahydrocannabinol, the psychoactive agent that causes the euphoric high commonly associated with marijuana use.

The clerk instructed the buyer that the cookie was to be divided into six parts and that only one serving should be ingested at a time. This would limit the amount of THC that was consumed by the user to 10 mg.

After giving the cookie to Thamba, he consumed one serving. Thamba was described as “marijuana naïve” and did not have history of illicit drug use, alcohol abuse or mental illness.

30-60 minutes after eating the initial piece of the cookie, the teen makes the statement that he is “not feeling any effects.” After making that statement, he consumes the remaining five parts of the cookie.

Over the following two hours, Thamba begins to show hostile behaviors and to exhibit erratic speech.

After the autopsy, the toxicology report showed that the teen had a blood level of 7.2 ng/mL of THC but there were no other drugs or alcohol in his blood. This is the first death that is directly attributed to marijuana use since the state legalized its use.

After being informed of the death, the store that sold cookie to Thamba’s friend gave authorities the 67 remaining cookies for testing. According to police reports, it was confirmed that the cookies were all within required limits.

Although this is a tragic event, it does show that there is some danger in consuming THC infused edibles. According to a CDC warning, “because of the delayed effects of THC infused edibles, multiple servings might be consumed in close succession before experiencing the high from the initial serving.” They also made the statement that suggested “a need for improved public health messaging to reduce the risk for overconsumption of THC.”