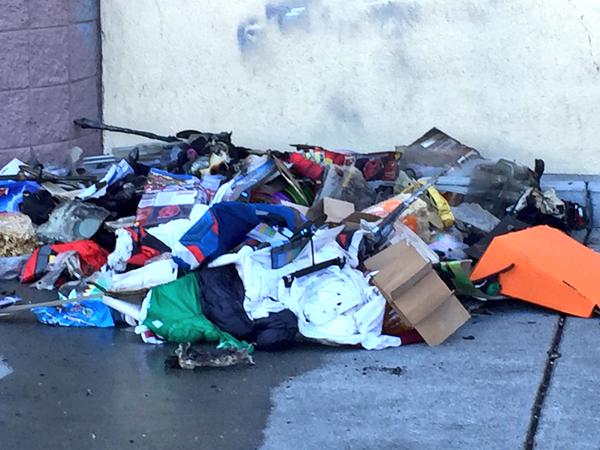 He was taken to a nearby hospital where he was treated for possible smoke inhalation, police said.

Walmart employees battle flames after a man set fire to children’s Halloween costumes with a few lighter fluid he’d picked up in the garden department.

The fire broke out around 1:30 p.m.in the Halloween costume isle of the Walmart located on Hesperian Boulevard, according to San Leandro Police.

Lt. McManus said: “Once he was in the store, they saw a few sort of contained inside a cart that was leaking liquid as he pushed it through the store today”.

McManus says police and firefighters arrived and were able to assist in putting out the fire and detaining the suspect.

“It is scary”, said one shopper. Employees at the retail store told KPIX News they began following the unidentified suspect after noticing he was acting suspicious. Upon arrival, police arrested a 40-year-old Oakland man, who was detained by store staff, on suspicion of arson.

The motive for the arson is not yet known.