Home
Featured News
We will live on the Moon in 50 years, says Stephen Hawking 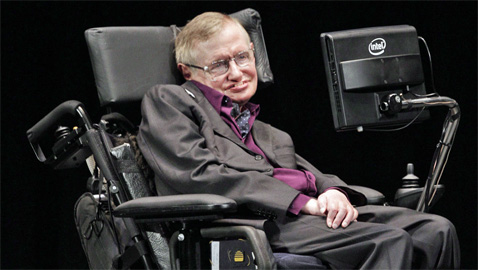 British astrophysicist Stephen Hawking said last night, in a television show dedicated to the International Space Station (ISS), that in 50 years people will live on the Moon and we will be on our way to Mars, considering that this century will be the “Space Age.”

Professor Hawking believes that the human race will face imminent risk of extinction if other planets will not be colonized because too many people will live on Earth, and the planet can not support an infinite number of people.

Stephen Hawking made ​​the comments during the show “Live from Space: Lap of the Planet,” broadcast on Channel 4 in United Kingdom, during which astronauts on the International Space Station (ISS) were broadcast live from the orbit.

The 72-year-old professor said: “Our planet is an old world, threatened with an ever-expanding population and finite resources. We must anticipate these threats and have a plan B.

If our species is to survive the next hundred years, let alone a thousand, it is imperative we voyage out into the blackness of space to colonize new worlds across the cosmos.

If we follow this path, I have no doubt that this century will go down, in the history of humankind, as the true Space Age.”

ISS ranks third among the brightest objects in the sky after the Sun and Moon, and can be seen on clear nights as a bright spot. The show presented British viewers the life and work of astronauts aboard the ISS.

Stephen Hawking, moving with a wheelchair and communicating through a computer and a voice synthesizer, has been diagnosed with a degenerative neural disease (amyotrophic lateral sclerosis) at the age of 21, and doctors said at the time that he had left not more than two or three years. Now Stephen Hawking is one of the most respected scientists in the world, known for his work on black holes and his “Brief History of Time”, which became an international bestseller.